Why are Obama Google+ posts appearing as news stories in Google News?

Memo to Google: I do not want Google+ posts from Obama or anyone else appearing in Google News as "news stories."

I was not "searching" for Obama or anything else within Google News.

For the first time I've ever noticed, I have an Obama campaign Google+ post "masquerading" as a "news story" in Google News -- 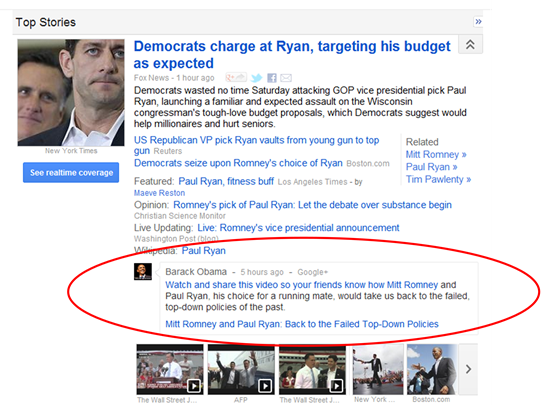 I went to Google+ and "blocked" Obama (I never had "followed" him)--went back to Google News--same result.  Either this is an "ad" (but no indication it is) OR Google has decided to take a political stand, endorse Obama for President, and run Obama Google+ posts as news stories. Anybody else have a better explanation?