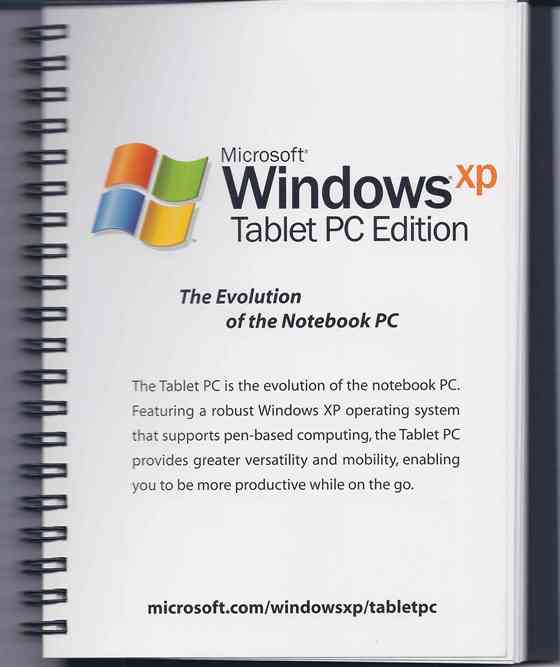 Windows XP Tablet PC Edition: A Look Back | Paul Thurrott's SuperSite for Windows: "Windows XP Tablet PC Edition was one of two major additions to the XP lineup that came in the years after the main product line debuted in 2001. . . .  There were two versions of XP for tablets, Tablet PC Edition (which appeared in 2002) and Tablet PC Edition 2005. After that, Tablet PC functionality was simply added directly into more mainstream Windows versions in Windows Vista and 7. The early Tablet PC days were a heady time. Microsoft co-founder Bill Gates was an early adopter and proponent of this system and proudly declared that it would be a primary computing device for hundreds of millions of people within years. That never happened, but some of the technological advances Microsoft made in these products have stood the test of time, even in these days where more and more consumers are gravitating to simpler (and more simple-minded) devices like the iPad. . . ."

Despite what Steve Jobs (RIP) or others say--the iPad was not an original idea, but built upon work done before--like Microsoft's Windows Tablet.